We use cookies on our website. They help us get to know you a little and how you use our website. This helps us provide a more valuable and tailored experience for you and others.

You can revoke cookies at anytime at the bottom of the page.

Stockholm – Znipe Esports, announces the launch of the world’s first customized streaming solution for esports, Znipe TV at this year’s ESL One Cologne, the largest Counter-Strike: Global Offensive tournament in the world.

Znipe TV offers users twelve streams to choose from during each match allowing users to build a customized visual experience in single, double, triple and quad views. The ability to switch between multiple viewing formats at any point during the game adds a dynamic new level of control, bringing the polished, flexible architecture of premium sports viewing to esports fans.

If this launch has the hallmarks of insider expertise written all over it, then it’s no surprise that the team at Znipe includes CEO Johan "vesslan" Ryman who played for teams including team9 and NiP(1st Place 2001 CPL Winter Championship) and heading up Business Development Christian “vilden” Lidström who played for SK Gaming and Eyeballers (1st Place Summer 2004 CPL Extreme World Championship). A little over ten years ago these two battled against each other for World Championship titles, today they have joined forces to revolutionize the esports viewing experience for fans worldwide.

It all began in January of this year when Ryman, along with streaming expert and CTO Erik Åkerfeldt, founded Znipe Esports with a next-level vision of delivering the premium sports watching experience esports fans deserve. They were joined by Lidström in February and more recently by competitive programmer and former Director of Product Development at Spotify, Fredrik Niemelä who came on board as Znipe’s new Head of Product. This Bandwidth of Brothers set out on a mission to literally change how esports are seen by the world.

"There are hundreds of millions of esports fans watching matches across the world and an ever growing demand for tools built to elevate that experience. We are thrilled to be at ESL One Cologne for the launch of the Znipe TV service and to give fans worldwide a new level of exceptional, high-powered control. To put fans in charge of how they watch and what they see."

Ryman’s longtime friend, Counter-Strike nemesis and current Head of Business Development Lidström adds,”We care deeply about the fan experience so we developed a better, more fully adaptive way to provide them with a multiplicity of choices throughout the entire viewing journey”

Znipe TV is available for FREE as an open beta at ESL One Cologne group stages from July 5-6. Pay-per-view launches on July 7-10 for the playoffs.

Johan Ryman (Founder and CEO) oversees all aspects of Znipe Esports strategy and operations. Following his career as a professional CS player, during which he won the 2001 and 2003 World Championships, Johan spent the next decade working with CDN and streaming media technologies. He has consulted with major media corporations internationally on digital media and content distribution strategies. He has been involved in multiple esports startups including the New Stream Media Group which in 2004 launched one of the earliest online streaming solutions for gaming.

Erik Åkerfeldt (Founder and CTO) leads Znipe Esports technical development and technical strategy and has more than 10 years of experience in leading RnD teams in the development and launch of products for a global market. Erik previously worked as CTO at Millicom Digital Ventures where he ensured the launch of mi.tv for the Latin American market and has worked at Ericsson as Program Manager for several generations of their mobile phone development. He holds a Master of Science degree from the Royal Institute of Technology in Stockholm.

Christian Lidström (Head of Business Development) is a former professional Counter-Strike player and a world champion for teams such as SK Gaming, NiP and EYE. He is a popular lecturer on the application of game elements to increase engagement and motivation amongst digital generation audiences and has consulted with a broad range of companies and governmental entities on understanding that the best mix of technologies for successful digital marketing. He holds a M.Sc., in Marketing from Jönköping International Business School and serves on the board of leading accessories retailer Scorett.

Fredrik Niemelä (Head of Product) oversees Znipe Esports Product Development. Fredrik is an experienced entrepreneur and was previously Product Development Director at Spotify. He has been engaged in competitive programming for more than 15 years, including as coach for the Swedish National Programing Team and holds a M.Sc. in Computer Science and Engineering from Stockholm’s Royal Institute of Technology.

Znipe Esports is a new company with a focus on changing how fans follows and watch e-sports. Founded by Johan Ryman and Erik Åkerfeldt, recognized innovators in the field of streaming solutions and with a management team that includes Christian Lidström in Business Development and Fredrik Niemelä heading up Product -- Znipe aims for nothing less than delivering a premium sports watching experience to fans, players, organizers worldwide. (www.znipe.se) 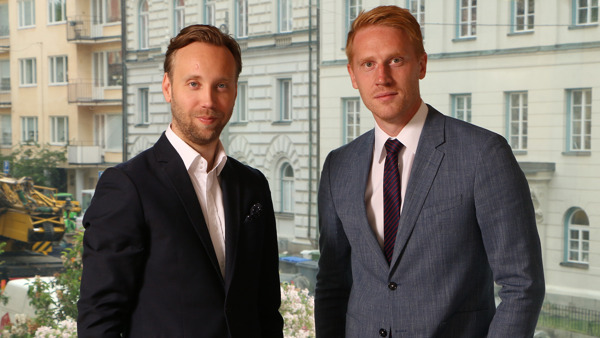 Znipe came together sharing one dream – to change how fans follow and watch esports. Our team is assembled with a broad experience from professional esports, entrepreneurship, tech and sales which enables us to reach our ambitious targets.